Vinicius Junior was regarded as one of the best teenagers in the world of football when he moved from Flamengo in the Brazilian league to Spanish La Liga team Real Madrid.The Spaniards paid £38m to secure the transfer. At the start of his Real Madrid career,Vinicius Junior struggled to back his game up with end product. Also, the Brazilian international was accused of playing against his team on several times by fans especially due to his poor decision-making in the opponents’ final third. Vinicius Junior struggled to justify the hype surrounding his transfer to Real Madrid and the fee paid until Carlo Ancelotti returned to the club. 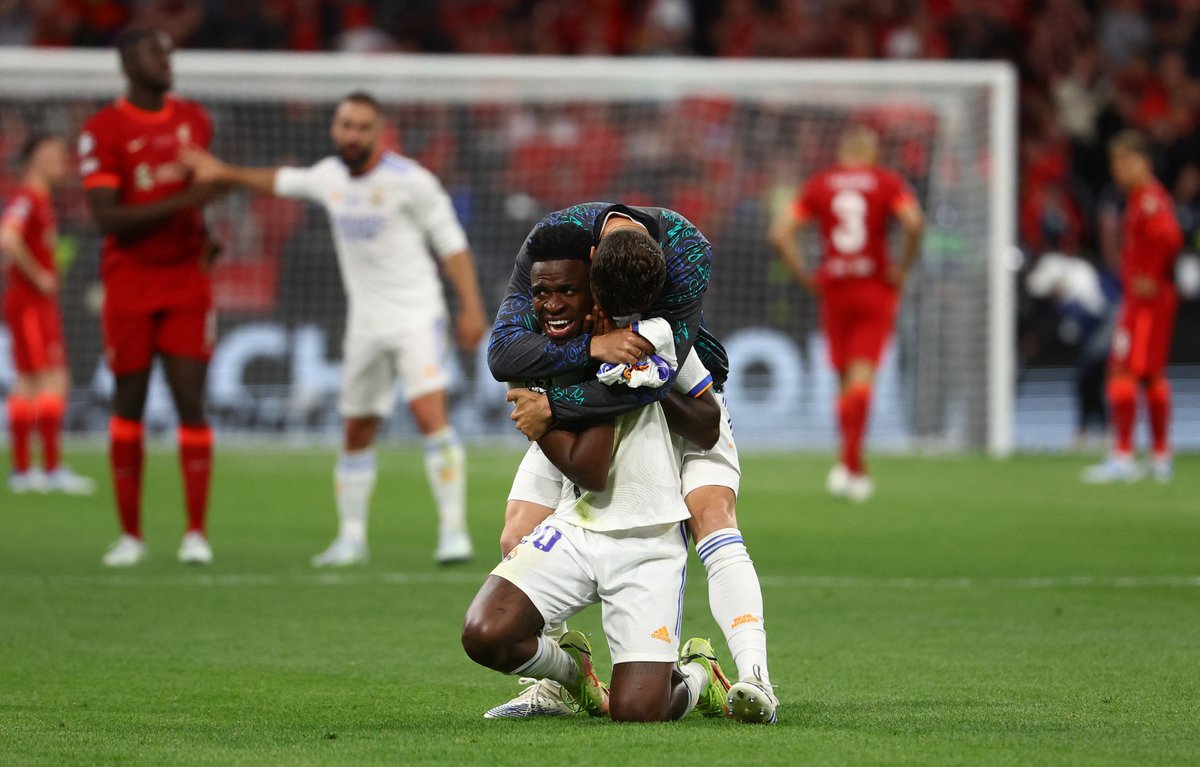 Ancelotti would be remembered as the man who delivered the La Decima at Real Madrid after one decade plus. It took Real Madrid 12 years to register their 10th European title after they came from behind to beat city rivals Atletico Madrid 4-1 during the 2014 Champions League final as masterminded by Ancelotti on the sidelines. Their last win was in 2002 when they defeated German team Bayer Leverkusen 2-1 with a wonder goal from Frenchman Zinedine Zidane.

Zidane was the assistant to Ancelotti during La Decima and he replaced him when the Italian tactician was sacked one season later. He went on to make history by winning the Champions League titles in three successive seasons. Zidane left and returned to Real Madrid in a matter of months for his second managerial spell before he resigned from the post last summer to usher in the second managerial spell of Ancelotti.

Vinicius Junior has been the biggest beneficiary of Ancelotti’s return. He’s now one of the most dangerous wing players in the world after adding end product to his game. He wore Nike Mercurial Vapor 14 football boots to score 17 goals plus 10 assists in 35 league games as Real Madrid reclaimed the title. Those football boots were very useful on the way to the Champions League final for his team. Vinicius Junior wore the Nike football boots to score the goal that won the Champions League final last week Saturday as Real Madrid secured a 14th European title via a 1-0 win over Liverpool.