Brazilian star Gabriel Jesus has made an excellent start to life as a new Arsenal player after he came off the bench to score twice to lead the Gunners to a 5-3 comeback victory over German Bundesliga II team Nuremberg in a pre-season friendly. Jesus came off the bench to help Arsenal turn the game on its head after a 2-0 deficit at the half-time interval. 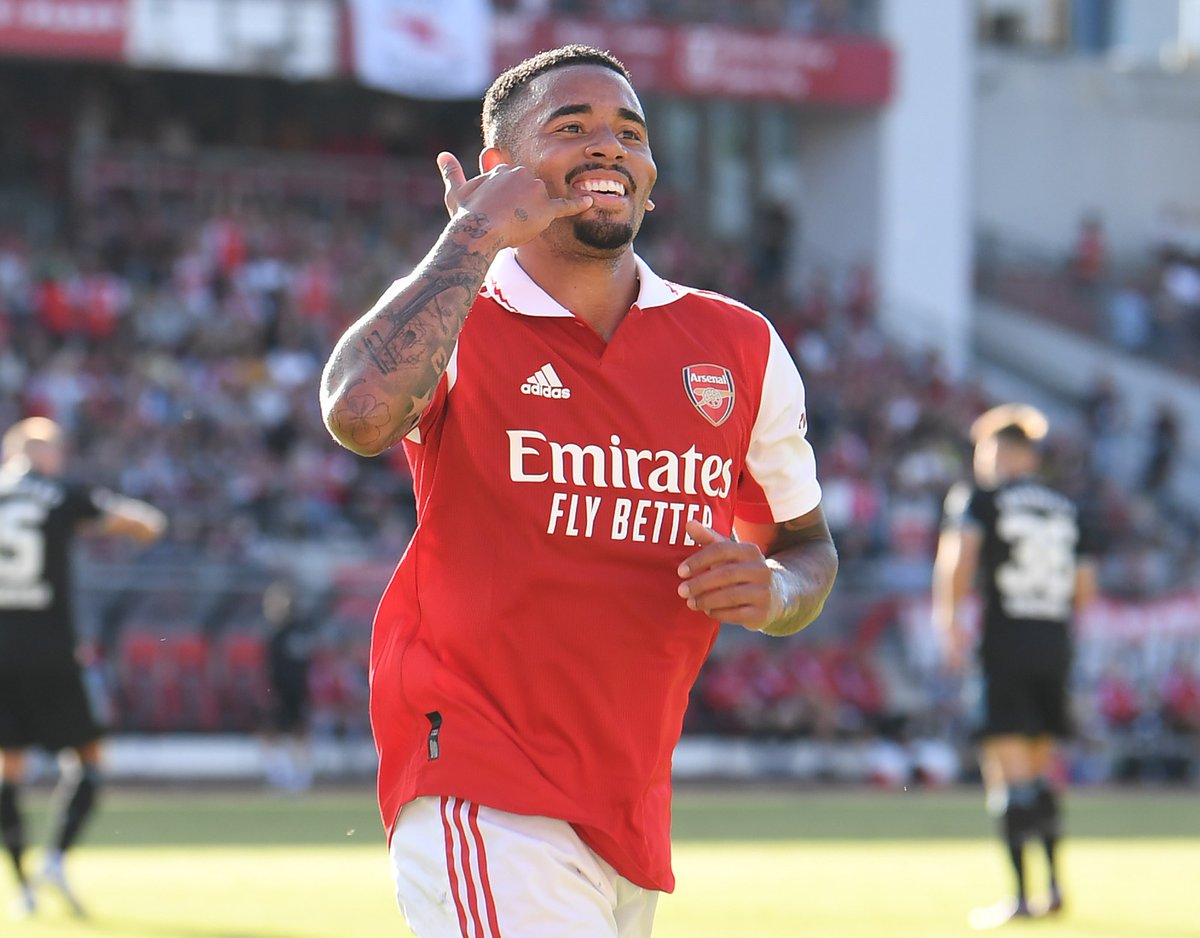 Jesus is one of four new players at Arsenal this summer and it has been reported that the North London side would still sign more players before the transfer window ends in August. Apart from Jesus, American international shot stopper Matt Turner, young Brazilian winger Marquinhos and Portuguese midfielder Fabio Vieira are the new arrivals in the Arsenal first-team this summer.

Arsenal agreed a £45m deal with Manchester City to secure the signing of Gabriel Jesus. The influence of manager Mikel Arteta prompted the deal and Jesus is excited about the project at the club under the Spaniard. They are no strangers having worked together at City when Arteta was the assistant manager. For Vieira, Arsenal agreed a deal worth £34m to sign him from Portuguese champions FC Porto. American star Turner and Brazilian teenager Marquinhos signed for Arsenal from Major League Soccer (MLS) side New England Revolution and Brazilian side Sao Paulo respectively.