Reports have emerged that Robert Lewandoski, the Poland international, has turned down a record-breaking deal move to China. 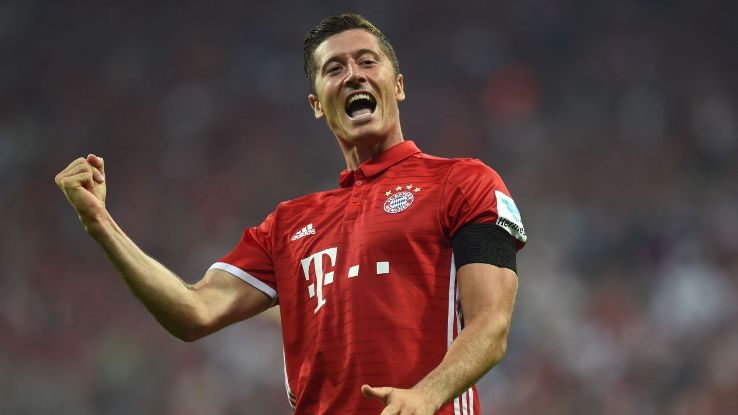 According to his agent, Cezary Kucharski, the striker could have earned more than what is paid to Carlos Tevez and this would have made him the highest earning player in the world.

Instead Lewandoski renewed his commitment to a new deal with the Bavarians in December last year, which will see him stay at the Alianz Arena until 2021.

When asked his reasons for not moving over to the Chinese club, his agent, Kucharski said the striker decided not to move because he was younger than Carlos Tevez. The agent also said that Bavarian striker could leave the club in the future.

After snubbing Real Madrid’s interest over him, Bayern’s prized asset wrote on his twitter hand: “This club gives me all I need to make my dreams come true.”

The former Borussia Dortmund hitman tagged the five players as they get ready to unveil the new Nike Hypervenom 3 boot. The boot will be made available to the public soonest, reports say.

According to America sport giants, the boot is built for goals with some technical sounding features such as Dynamic Fit Collar, a Hyper-active plate and multi-layered Poron foam pods, just some grammar to confuse you. If that will help in any way to make the players score more goals, the likes of Carlo Ancelotti, Mauricio Pochettino and Jose Mourinho will be very delighted. The boots will be available for sale from January 30th.