Mohamed Salah has been in very good form this season and that has led many football stakeholders to say that the Egyptian international is the best player in the Premier League. 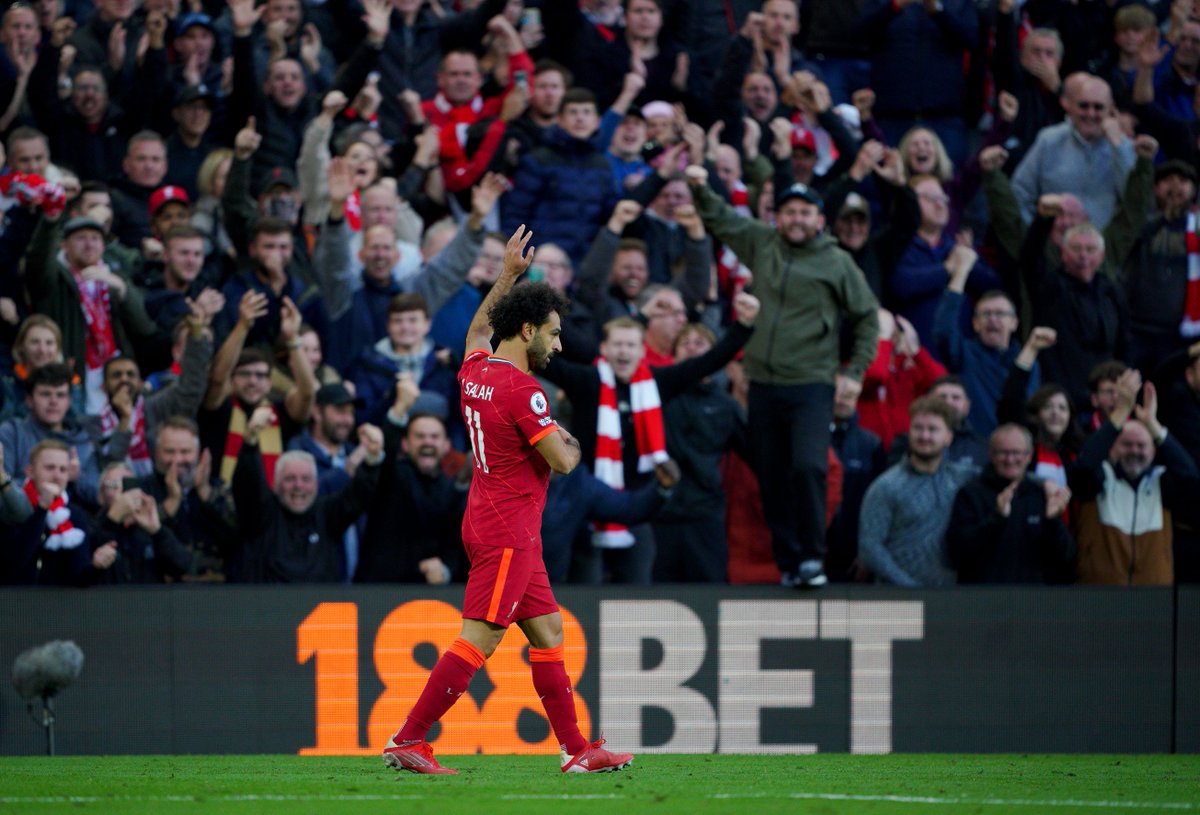 The award for the best player in the Premier League is still in the hands of Portugal international Ruben Dias after he was named the PFA Player of the Year for last season for his commanding display at the heart of the Manchester City. In his debut season in English football, Dias made an instant impact by helping to rescue the league title from Liverpool.

When there are conversations on who’s the best player, defensive players are rarely mentioned with focus usually on those who score the goals or provide an assist leading to a goal. To this effect, Dias won’t find it easy when it comes to these best player conversations as attention would be on the attacking players such as Cristiano Ronaldo, Mohamed Salah, Kevin De Bruyne and many more.

After seven rounds of games in this new Premier League campaign, it’s hard to make a case against Liverpool talisman Mohamed Salah as the best playerin terms of his attacking numbers and his performances.

With the aid of his unique football boots, Salah has been able to terrorise defenders. The Egyptian national team talisman is renowned for his adidas X silo football boots dating back to his AS Roma days. Salah wore the same football boots as he stole the show during the huge Premier League clash between Liverpool and Manchester City.

Salah scored one goal and assisted one goal as Liverpool and Manchester City played out a 2-2 draw with all the four goals coming in the second half. His attacking return increased to six goals and four assists in seven league games this season after the Manchester City game.