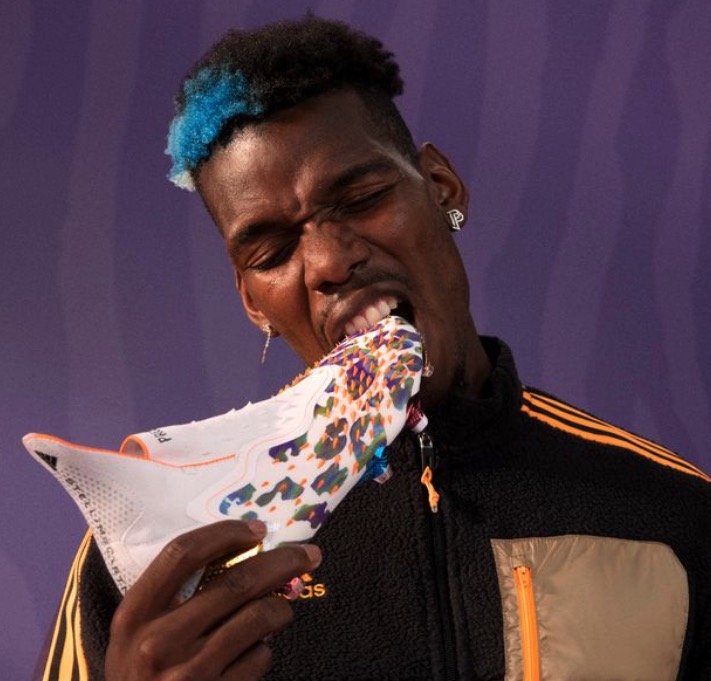 Pogba was in the Manchester United team that came from behind to beat their Italian Serie A opponents 3-2 to secure top spot in their group ahead of Atalanta. The Red Devils had trailed two-nil at the half-time interval courtesy goals from Mario Pasalic and MerihDemiral before they showed fighting spirit to score three second half goals to win the game.

The football boots worn by French World Cup winner Pogba during the Atalanta game at Old Trafford was made with vegan and recycled materials. The world’s first vegan football boots is priced at £236.

The launch of the vegan football boots coincided with disciplinary issues for Pogba at Manchester United. The Frenchman was sent off in the next game after the Champions League clash with Italian team Atalanta.

Pogba was sent off in the second half of the Premier League meeting between hosts Manchester United and arch rivals Liverpool at Old Trafford. He had come on as a substitute for young England international Mason Greenwood at the start of the second half and he lasted for fifteen minutes before he received his marching orders for a foul on Guinea national team player Naby Keita.

Manchester United were 4-0 down when Pogba was introduced into the game and his team conceded the fifth goal while he was on the pitch. Mohamed Salah (three goals), Naby Keita and Diogo Jota all scored for the Reds in a 5-0 away win over Manchester United.

The red card from the game forced Pogba to sit out the 3-0 away win over Tottenham Hotspur on Saturday evening.