Arsenal Academy graduates Bukayo Saka and Emile Smith-Rowe showed that they are crucial to the top-four quest at the North London club after they both scored during the 4-2 away win over Chelsea in their Premier League London Derby clash in midweek. 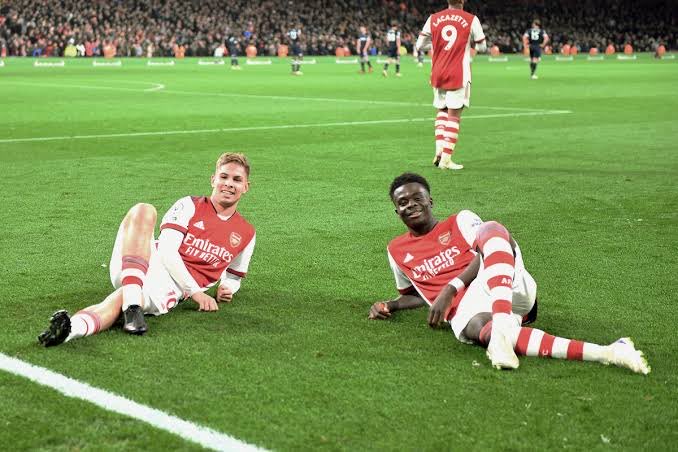 Saka and Smith-Rowe were able to find the back of the net against the European champions to take their Premier League tally to ten goals each this season. Also, they became the first u-21 duo to score at least ten goals for the same team since Wayne Rooney and Cristiano Ronaldo achieved the feat at Manchester United over a decade ago.

Smith-Rowe was rewarded for his Arsenal form at the international level earlier this season when he was capped by manager Gareth Southgate for the Three Lions of England. His best performance of the season for the Gunners till date came in the North London Derby in September 2021 as he scored one and provided another in a 3-1 win over Tottenham Hotspur at the Emirates Stadium. During the game, the young Englishman wore unbranded football boots after his deal with Nike ended in July 2021. He was not allowed to wear football boots from other brands for six months from the expiry date as part of his contract with Nike. He had won Nike Phantom VNM football boots during his time with the sportswear manufacturing giants. He has since signed a deal with Adidas meaning that he wears Adidas football boots these days.

For Saka, his best game came against hosts Norwich City as he scored twice in a 5-0 win.